Heading for the heights of the high street

At a time when retailers are deserting the high street in their droves, it’s refreshing to hear how outdoor clothing and equipment company Alpkit is planning its expansion, with an ambition to open two new shops a year. As Finance Director Karen Stevens FCA explains, the high street is very much complementary to its online presence.

“Where businesses are deserting the high street it’s perhaps where they have hundreds of stores and the cannibalisation from new stores affects their current portfolio. We aim to have a 70:30 split towards digital,” ACA-qualified Stevens explains.

The Alpkit stores, located in areas where customers are most likely to want to put their kit to best use – such as the Lake District and Peak District – or with a high concentration of existing customers, allow the company to engage meaningfully with customers and act as a hub for advice, complementary services and organised outdoor activities. “You want to speak to people who know what they’re talking about. You go in and you’re with your kin, you’re part of the Alpkit community.”

The concept of community is a core part of Alpkit’s ethos, even more so since the company’s crowdfunding fundraise in June 2020, which saw its investor base swell to more than 1,300, raising £1.5m. “It was always in our mind to allow customers to own a little bit of Alpkit. We reached our investment in under eight minutes and closed the investment round in under an hour. That’s a moment that will never leave me,” Stevens says.

Alpkit’s investors have helped more than just financially towards the success of the business, she maintains. “They’re great for helping to shape the business and acting as a sounding board.” Yes, investor scrutiny puts pressure on finance to deliver a narrative to illustrate how the company is delivering a return to shareholders.

Stevens is one of three ACA-qualified accountants in the business – including CEO David Hanney. Thanks to their accountancy training and a background working for much larger organisations, she says, the structured and considered approach to business was already firmly entrenched. This has stood Alpkit in good stead as the company eyes up an aggressive growth trajectory.

Stevens worked as finance manager under Hanney for five years at Go Outdoors when he was CFO. She took a break from corporate life to have children, but it wasn’t long before the pair were reunited professionally at Alpkit. Hanney’s offer of a part-time financial controller role, three days a week for the then fledgling business, clinched the deal, she says, allowing Stevens to strike a balance between her career and the demands of two small children.

Fast forward five years and the kids and the business are growing fast: Alpkit revenues have more than quadrupled from £4m to over £18m, and the company has morphed from a pure-play web retailer to having eight shops.

Against a backdrop of frenetic recruitment, Stevens – who is ultimately responsible for HR – says Alpkit’s core tenets of sustainability and giving back not only help to attract good people but are core to the success of the business. “I’ve never worked at a place where it really feels like one team pulling together. It sounds corny, but people really care about the business. We talk about Alpkit realising its potential and that’s really how it feels on a day-to-day basis.”

Successfully creating the right culture requires authenticity, Stevens says. “It’s not just about putting processes in place.” For example, the company donates 1% of turnover to the Alpkit Foundation, which has raised £450k since its establishment and sponsored more than 1,500 projects. “That resonates with people and shows what we’re about,” Stevens says.

Alpkit also offers staff five paid volunteer days a year. Stevens spent some of her days volunteering at the Big Shakeout, an annual Alpkit festival in the Peak District in September. Proceeds from the festival are donated to the Alpkit Foundation, a practice that continued during the pandemic even though the company was, like so many others, focusing on survival, following an initial slump in sales.

The combination of a very supportive bank and the furlough scheme provided a pathway through the pandemic, and Alpkit’s heritage as an online-only retailer eased the transition during lockdown. “It wasn’t without its challenges but we had the team and the structure in place and the fact that we cover so many disciplines provided a bit of inbuilt resilience.”

“In those first few weeks there were some quite horrendous cash-flow forecasts and daily scenarios that were difficult. We had to turn the business on a sixpence and moved into day-to-day cash management,” Stevens explains. “I look back on it and while I wouldn’t want to do it again it was quite a rewarding experience and a huge learning opportunity.”

One thing the experience cemented was the ability to use business as a force for good. In August last year, Alpkit became B Corp certified, having gone through a rigorous assessment of all aspects of the business against a framework based on the UN Sustainable Development Goals (SDGs). To qualify for B Corp status you need a score of at least 80, or over 130 to be world class. “We scored 95 on our first assessment and we aim to be world class on our next assessment date, which is summer 2023,” Stevens says.

Having a framework that helps you set the right goals and targets has been incredibly helpful in boosting Alpkit’s sustainability credentials, Stevens says. At the same time, the boost in customer engagement from the B Corp badge has also been really powerful, she believes.

In anticipation of the publication of Alpkit’s just-published annual sustainability report, Stevens is by no means complacent. “We don’t have all the answers but it’s about being part of the conversation to get things moving forward. UK companies have to prepare their financial reporting figures in line with accounting regulations and reporting requirements and it would be great to see a similar set of auditable measures and reporting requirements brought in for sustainability, to increase the visibility and transparency in this area.”

The company has adopted science-based targets and plans to reduce its scope 1 and 2 emissions by 50% alongside a 15% annual reduction in its scope 3 emissions. “We have a lot of work around making more products with recycled content, getting all our sites to zero landfill in 2022 and extending our plastic-free trial. It’s a big agenda and achieving world class status won’t happen on its own.”

For finance specifically it’s about keeping tabs on sustainability KPIs. “We’re trying to measure as much as we can – products we’re repairing, products with recycled materials, bringing products in by air freight and sea freight. But it’s also about making sure we use our volunteer days, and that we are the gatekeepers of purchasing responsibly.”

The key is making sure Alpkit keeps sustainability at the forefront of everything it does to ensure the business grows in a responsible way, Stevens says. “For the success of any business it has to have finance at the heart of it. We want to make sure we keep pace with change and adapt our processes as we grow and change. 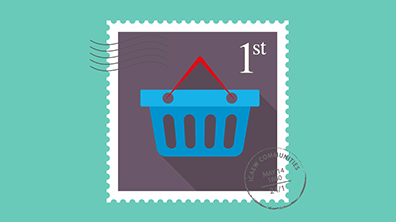 Curated content for finance professionals in all retail-related sectors.