Leo Scott Smith, founder of Lincoln’s wearable tech start-up, Tended, tells us about the business funding he’s secured and why being a regional business isn’t a barrier to growth.

What does Tended do?

At Tended we combine artificial intelligence, wearable tech, and the Internet of Things (IoT) to create safety solutions for businesses and consumers.

Our first product, Tended Protect, is a wearable device that monitors the movement of users over time and can detect abnormalities that can indicate if a user has been in an accident, and will then send an alert to either the user’s contacts or the emergency services.

It’s popular with people like horse riders, mountain bike riders, hikers and so on.

We’ve also got a commercial arm of the business, and we’re working with a few high-profile multinationals to provide our safety solutions, as we’ve found nothing else on the market that accurately and easily monitors the safety and wellbeing of people, like employees, within a business.

How did you finance Tended initially?

I started Tended in August 2017 and for the first four months I funded the company entirely myself with savings and by borrowing from friends and family.

I needed to employ people from day one and I managed to receive £1,500 per employee in grant funding support from the University of Lincoln by employing some of their graduates – so that helped a bit at the start.

Do you find there are regional imbalances when it comes to accessing funding?

Yes, I think it can be difficult to get funding if you’re in a smaller town or a more rural area. Being based in Lincoln, we’re not in one of the main tech hubs, which at times can make it hard to find investments, however, there are few high-net-worth individuals that are willing to invest.

But regardless of where you’re based, it’s still possible. We’ve found that networking, speaking with our accountants, and going to business angel groups and similar events have been really important when fundraising.

Have you ever received support from your local growth hub?

Yes, we’ve had a great experience with our local Growth Hub, Business Lincolnshire. They’ve offered us a lot of invaluable advice about local opportunities, including some of the grants that are available in the area.

They’ve also been helpful in signposting commercial opportunities to us in terms of product design and introductions to companies that’d find our technology beneficial.

I have a good relationship with Business Lincolnshire and I’d recommend local Growth Hubs to any business.

You recently received debt funding through the Midlands Engine Investment Fund (MEIF). Can you tell us about your experience?

In April 2018 we received £50,000 of loan funding through the MEIF, which was really important for us as a company. Without it we’d have really had to stall the business’ growth plans. We wouldn’t have been able to continue our rapid growth, and it might have meant cutting back our staff’s hours or paying them late. The funding came at a crucial time for us.

We found out about the MEIF through our accountants. The MEIF was due to launch a £100 million equity fund for small businesses in the Midlands, which was launched in February this year. We would’ve gone for equity funding but we were too early stage, and instead applied for debt funding. From start to finish, I found the process pretty straight forward. We had a couple of meetings, submitted paperwork, had an interview, and then received the funds within a week. There was plenty of support to guide us through the application too.

You’re in the middle of a venture capital (VC) funding round. Can you share your experience of that?

We’re currently going through a round of VC funding, where we’re raising £1 million to facilitate our next 16 months of operations at which point we expect to be cash positive.

The investment will support the growth of our product within our existing consumer market, allow us to triple our team from 15 to about 45 people including some very senior team members, and to get our commercial side of the business customer-ready.

The experience has actually had quite a fundamental impact on the business.

I was in a meeting with two potential VC investors in May this year and they actually advised me to take on someone to look after my finances as they said that I didn’t really have a clue!

It was a big decision because that costs a lot, but I’ve now taken on a CFO and a COO who are able to take the reins on the financial and operational side.

They’ve brought a lot of experience to the business, with previous £10m+ funding rounds and successful acquisitions under their belt they add validity and strength to the business from an investment perspective and it’s also taken a big weight off of my back having a CFO and COO on board.

Are you used to pitching for finance?

I’m quite a confident person and pitching doesn’t really phase me. Since November last year I’ve had to do countless pitches for funding or enrolling onto different programmes.

At the beginning of 2018 we enrolled on the IoT Tribe Accelerator programme which has been really beneficial. It’s a three-month intensive programme with part of the programme focussing on how to get investor ready through pitching workshops, public speaking training, understanding our financials, and getting to grips with everything that the investors would want to see.

Can you tell us more about Accelerator programmes?

There are a lot of great Accelerator programmes out there, mainly in the tech sector, and many that help with funding support.

My advice wouldn’t be to chase the programmes with the largest funding pots though because often the learnings and experience that you’ll gain are more valuable than money.

One of Tended’s most pivotal learnings came from a programme where it was suggested to us to explore the commercial market, which we hadn’t considered before, and that’s going to be huge for the business.

I’d really recommend people have a look at www.f6s.com. It’s a good website that lists the Accelerator programmes that are currently running.

Finally, what advice would you give to another entrepreneur looking to raise finance?

Network! I think networking is a key element at any point in a business’ journey, and even more so when fundraising, so my advice is to go and speak to people.

From the experience I’ve gained in the current round of VC funding, it’s clear that it can be really hard to get in front of any VC investors unless you get an introduction from someone because they have so many pitches land on their desk so often.

Networking is really important – speak to other businesses in your area and sector, speak to your accountants, speak to business support groups like Growth Hubs, and speak to people at networking events. You may be surprised at how just one individual can make a connection with what’re you’re doing and introduce you to someone else that’s worth knowing!

From start-up to high-growth business in four years

Where are they now: Parking Energy 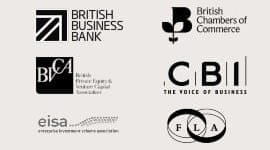 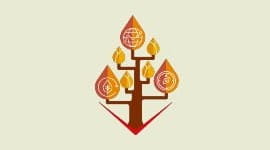