Exploring the position of the personal service company

With the imminent arrival of off-payrolling for the private sector from April 2020, Peter Bickley reflects on whether the prospective new rules will change how businesses engage contractors. He covers IR35 and off-payroll working rules, tax compliance for the personal service company and a working example, as well as further guidance for Tax Faculty members. 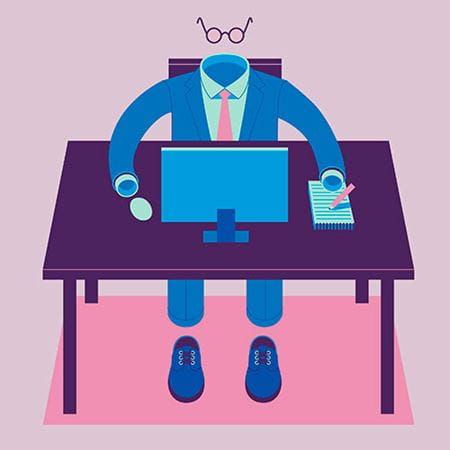 Businesses and the public sector engage contractors to provide various services. Contractors may opt to do this through a personal service company (PSC) for many reasons, including limited liability or status. However, the biggest perceived reason is the potential tax saving.

This article focuses on the new off-payroll rules from the viewpoint of the contractor and their PSC. It is based on my current understanding of the law and how it is supposed to operate in practice. There remain many points that need clarifying.

The IR35 and off-payroll working rules

Since 6 April 2000, contractors who use a PSC to provide services to clients have been responsible for deciding whether the so-called IR35 rules apply to make them a deemed employee. If they do, the PSC must draw up an IR35 computation which includes accounting to HMRC for PAYE on (broadly) 95% of fees received.

However, compliance with these rules has been poor and difficult to enforce. Government estimates suggest compliance by PSCs with the rules is as low as 10%.

To plug this gap, for payments since 6 April 2017 where the client is a public authority, or, prospectively from April 2020, for a private sector client that is not ‘small’, the client rather than the contractor is responsible for deciding whether the off-payroll working rules apply. Where they do, the contractor is a deemed employee.

Whether the business is ‘small’ and is outside the prospective rules for the private sector relies on a definition similar to that in Companies Act 2006 for financial reporting.

If the off-payrolling rules apply, the client must issue a status determination statement (SDS) to the party with whom they have contracted and the contractor. They must also set up a disagreements process to deal with objections on employment status from contractors.

If a contractor is a deemed employee, income tax, class 1 NIC and apprenticeship levy (AL) must be accounted for via payroll on the fees paid to the PSC by the party with whom the PSC has contracted (known as the fee-payer), rather than the PSC. The contractor will need to provide the party responsible for paying their PSC with the information needed to do this.

If the fee invoice for the work includes VAT, or expenses which would be allowable if the contractor were a direct employee of the client, these will be payable without the deduction of PAYE.

In the accounts of the PSC, the gross fee income should be treated as turnover, with PAYE deducted included in staff costs or similar. VAT needs to be accounted for as normal, and expenses reimbursed offset against expenses incurred.

If any of the parties in the labour chain are not resident or domiciled in the UK or the work itself takes place outside the UK, the rules are modified.

Tax compliance for the PSC and the contractor

Under the 2017 public sector and the prospective private sector off-payrolling rules, for income tax purposes, the fee income subjected to PAYE by the fee-payer is treated as if it were the income of the contractor. The PAYE income tax is payable on account of the contractor’s own income tax. The class 1 NIC accounted for qualifies the contractor to receive certain social security benefits, such as state pension, but we are trying to clarify with HMRC whether a deemed employee can, as the law stands, qualify for statutory payments.

The contractor should include the deemed employment income in their self assessment tax return on an employment page, showing the fee-payer as the employer.

In addition, the PSC can onward pay to the contractor, without tax consequence, the fees that have been subjected to PAYE. These payments are tax-free in the hands of the contractor. They can be paid as salary, in which case they must be reported via the PSC’s payroll under RTI as tax-free and NIC-free, or as dividends (subject to Companies Act requirements).

Fee income received by a PSC outside the off-payrolling rules (ie, currently from private sector clients or prospectively from ‘small’ private sector clients) will not have had income tax and NIC deducted. When compiling the PSC’s accounts and tax computations for the year, it continues to be necessary for the contractor to assess whether or not those fees are deemed employment income under the IR35 rules and, if so, their PSC will need do the IR35 calculation and subject 95% of the fees to PAYE tax and NIC.

From the fees invoiced of £6,000, Reputable Agency ltd deducts £1,650 (£1,200 tax at 20% basic rate plus £450 primary (employee) Class 1 NIC) (using 2019/20 NIC monthly thresholds and ignoring pence) which it accounts for under RTI to HMRC. Thus JB ltd receives a payment of £4,350 for John Bull’s services plus £1,200 VAT. Please note, if the invoice had covered two months, then two sets of monthly NIC thresholds would apply to the fees in Reputable Agency ltd’s payroll whereas one applies for tax as there is only one payment.

Reputable Agency ltd also accounts to HMRC for employer (secondary) NIC and AL in respect of the fees.

In JB ltd, ignoring all other income and expenditure, the accounts will show sales of £6,000, staff costs of £4,650 (comprising directors’ salary of £3,000 and PAYE of £1,650 withheld from fees paid under the off-payrolling rules), and dividends of £1,350. Thus, profit per accounts for tax purposes (ignoring other income and expenses) is £1,350.

JB ltd’s corporation tax computation can be drawn up as follows:

The fees JB ltd receives under deduction of PAYE will be treated as taxable in the hands of John Bull as employment income from Reputable Agency ltd. The off-payroll working legislation allows JB ltd to deduct the amount of the fees received from its taxable income, so it is not taxed twice.

Assuming these are the totals for the year, John Bull should complete an employment page on his self assessment tax return for Reputable Agency ltd showing gross £6,000, tax £1,200. We await confirmation of whether any figures for onward paid fee income should be included by John Bull on the JB ltd employment page of his self assessment return in respect of off-payrolling income onward paid by JB ltd. Secondary class 1 NIC are not due on the payments paid through JB ltd’s payroll.

Is this the end of the PSC?

Will there still be a place for PSCs once the public sector regime for off-payrolling is extended to the private sector?

In the private sector, risk is as big a factor in business decisions as cost. While the off-payrolling rules have been operating in the public sector for nearly three years, the prospective rules for the private sector are uncertain and contain numerous trip hazards. These include:

The new rules also require adequate lead time to change processes (eg, to separate fee notes into payroll and accounts payable/bought ledger elements), and redesign software, which in real life cannot be achieved at the drop of a hat, especially in a global business.

Clients might decide that only their most valued and skilled contractors whose (self) employment status is beyond doubt will continue to be hired individually via their PSCs, preferring to bring the general body of contractors onto payroll or into an agency-run managed service company or other arrangements. This may have implications for pay rates.

Further guidance available for members of the Tax Faculty

The topic is covered in various Practical Points included in TAXline and the IR35/off-payrolling hub.