What's happening in the world of accountancy today

Old and inefficient heat networks will be given a £32m cash injection. The support will help them produce cheaper energy and reduce carbon emissions for more than 100,000 homes across England and Wales. Through the newly launched Heat Network Efficiency Scheme, out of date equipment will be upgraded with energy efficient alternatives and data monitoring systems introduced. Some heat networks haven’t been upgraded since they were installed more than 40 years ago.

Government and industry are investing £113m in hydrogen and all-electric flight technologies to unlock more sustainable travel and support green jobs across the UK. The funding is being made available through the Aerospace Technology Institute Programme. It will go towards developing lightweight batteries and liquid hydrogen combusting jet engines to enable flight without carbon emissions. These are expected to also secure thousands of jobs across the supply chain and hundreds of millions in private investment.

The Department for Business, Energy and Industrial Strategy has been split into three new departments. The move comes as part of Prime Minister Rishi Sunak’s shake-up of Whitehall, the Guardian reported. Business Secretary Grant Shapps will lead the new energy security and net zero department and Trade Secretary Kemi Badenoch will run business and trade. The new science, innovation and technology department will be run by Michelle Donelan. The Department for Culture, Media and Sport is being slimmed down under the shake-up, and will be led by Lucy Frazer.

The UK is set to enter recession this year, but it will be shorter and less severe than previously thought, the Bank of England says. The slump is now expected to last just over a year rather than almost two, as energy bills fall and price rises slow. As a result, fewer people are likely to lose their jobs, but the economy remains fragile, the BBC reported. The forecast comes as interest rates were raised to 4% from 3.5%, their highest level in over 14 years.

Retail, hospitality, tech and recruitment industries are calling for urgent reform of the apprenticeship levy. The industry bodies called the levy a “£3.5bn mistake”. In a letter to MPs they claimed the government was “holding back investment” in training that could increase productivity, fuel economic growth and raise wages. The levy makes large organisations set aside 0.5% of their payroll for apprenticeships, the Guardian reported. However, many say they are unable to use the funds, which are taken by the Treasury if not used within two years.

The Big Four accounting firms are seeking to hire laid-off bankers to bolster the ranks of their M&A advisory arms in the City. Global banks including Goldman Sachs and Credit Suisse have cut hundreds of jobs in London since the start of 2023, in the biggest round of layoffs since the global financial crisis, City A.M reported. However, Deloitte, PwC, EY and KPMG’s M&A deals advisory units have all confirmed they are continuing to boom. This is due to a push for consolidation in the mid-market, as they capitalise on the downturn in big M&A deals by poaching talent from investment banks.

Norway’s sovereign wealth fund is threatening to vote against firm boards that are lax on climate and social targets. The world’s single largest investor warned at least 80 company directors it will vote against their re-election if they don’t up their game on tackling the climate crisis, human rights abuses and boardroom diversity. The fund controls an average of 1.3% of 9,338 companies across 70 countries. Large holdings include Apple, Nestlé, Microsoft and Samsung. It holds the equivalent of about NKr2.4m (£200,000) for each person in Norway, the Guardian reported.

Motor insurance prices soared in the final three months of 2022. The average price paid for cover rose by 8%, compared with the previous quarter, the Association of British Insurers found. The typical premium of £470 was up 7% on the last three months of 2021. Rising paint prices and higher energy costs have driven up repair prices, and courtesy car costs have also risen. The price paid for renewing an existing motor insurance policy was typically £428, whereas the average price paid for a new deal was a record high of £531, the BBC reported.

Two north west companies have won a share of a £249m contract to supply steelwork to Sellafield. Severfield Nuclear and Infrastructure and William Hare have been appointed key delivery partners for major projects on the Cumbrian nuclear site. They join the 17-year framework through the site’s Programme and Project Partners partnership, which was mobilised in 2019 to transform Sellafield Ltd’s project delivery. The Bolton and Bury firms will work on one of the largest infrastructure projects in the north, which supports 60,000 jobs.

Investors are increasingly using financial incentives to encourage sustainable and ethical business practices. The larger investors are more likely to do so. A survey of 102 major real estate investors by Evora Global found 55% incentivise staff to pursue better ESG practices, a 12% increase on last year. The report found 57% of those with over $5bn (£4bn) of assets under management do so, compared to just 29% of investors with between $1bn and $5bn. Those with less than $1bn of assets were the least likely to use these incentives, with just 14% doing so.

A record 11.7 million customers submitted their tax returns on time, HMRC has revealed. On the 31 January deadline, 861,085 customers filed online, with 36,767 doing so in the last hour. More than 12 million customers were expected to file a Self Assessment tax return for the 2021 to 2022 tax year. An estimated 600,000 customers missed the deadline. HMRC is urging them to submit as soon as possible or risk facing a penalty.

Water bills in England and Wales will increase by the most in almost 20 years from April. The 7.5% hike will see the average customer pay £31 more annually than last year - taking the typical bill to £448, Water UK found. Those with large families or on a meter could face an even higher rise. The industry body found bills were lower in real terms than a decade ago and that the below-inflation increase reflected rising energy costs. This is because water firms use 2% of the country's electricity, Sky News reported.

Overseas companies owning UK land who have not registered their beneficial owners with Companies House could now face penalties. These may include sale restrictions and tough fines. Foreign companies were required to declare their beneficial owners on the Register of Overseas Entities by 31 January. Around 19510 of 32440 registered overseas organisations have done so. The government introduced this to flush out corrupt elites in response to Russia’s invasion of Ukraine.

Tougher benefit rules have boosted employment in the UK at the expense of trapping workers in dead-end jobs. The Institute for Fiscal Studies found welfare changes have imposed more stringent conditions on those claiming jobless benefits and increased the incentives to find a job. However, many of the jobs found were part-time, low paid and had scant chance of career progression. Additionally, the changes have lowered incentives to progress out of part-time work. Therefore, those encouraged to enter paid work tend to remain on low pay, pay little in tax and are often still entitled to in-work benefits. A low earner with children on average loses 38p in reduced benefits or higher taxes for every £1 earned when they move into part-time work. Those moving from part-time to full-time work lose 58p, the Guardian reported.

The way electricity prices are set has pushed UK household bills up by £7.2bn over two years. Under existing rules, energy suppliers pay the highest price for wholesale electricity no matter how it is made, the BBC reported. Gas-fired power stations are the most expensive way to generate electricity, but only make about 40% of all electricity used by UK homes. This means homes pay over the odds for power generated any other way, analysis by the Carbon Tracker Initiative found. It argued that charging an average price for wholesale electricity instead would have lowered the UK’s bill in the two years from 2021-22 by £7.2bn – about £250 per household.

The UK is predicted to be the only major economy to shrink in 2023. The International Monetary Fund (IMF) forecast that it will contract by 0.6% in 2023, performing worse than other advanced economies including Russia. The prediction was downgraded due to the UK’s high energy prices, rising mortgage costs and increased taxes, as well as persistent worker shortages. Previously the economy was predicted to grow slightly this year, but now the IMF expects this to happen in 2024, up to 0.9% from 0.6%, the BBC reported.

Unemployment in the UK could be three times higher than shown by official government figures, a new report suggests. The Centre for Cities thinktank said more than 3 million adults could be added to the official jobless figures compiled by government statisticians. This is because some people report themselves as economically inactive to government labour force surveys. Rather than an official unemployment rate of 3.7%, the figure could be as high as 12.1%, the Guardian reported.

Grocery inflation has hit a new record level since Christmas. The Kantar Worldpanel agency recorded an annual rate of 16.7% during the four weeks to 22 January, Sky News reported. This means families face a potential £788 annual rise in the cost of their regular shopping basket. This is a steep increase on the 14.4% seen in December, when discounting by chains in the run-up to the festive season helped temper the pace of price increases.

Celebrating the financial leaders who are building sustainable economies

The Finance for the Future Awards recognise the organisations and individuals that are supporting the integration of sustainability into financial decision making.

Get more from Insights 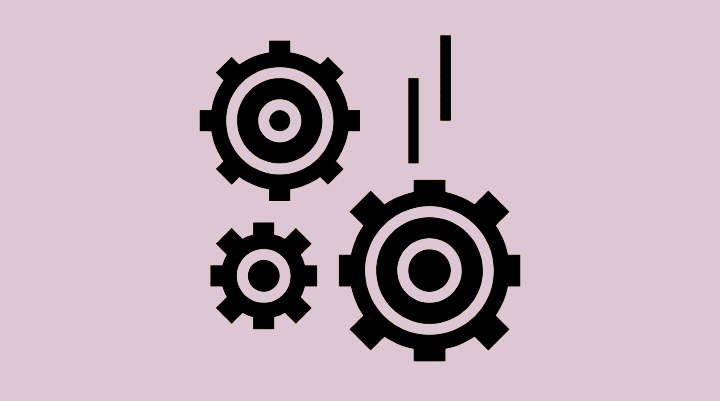 The News in brief page shows you what's happening in the world of accountancy over the past week. Earlier editions have been archived.

Visit the News in brief archive