Breaking down the barriers to social mobility

Socioeconomic diversity matters, from a social, performance and investment perspective, says Included’s Nick Basannavar, and organisations need to understand and address the issues that hold people from underprivileged backgrounds back.

Nick Basannavar dislikes the phrase ‘social mobility’. It’s potentially offensive, he says. “It assumes that those from a lower socioeconomic background would want to change their social status.”

That mindset is one of the less tangible barriers to encouraging, as Basannavar puts it, socioeconomic diversity. “It’s important to switch our mindset to adapting actively to others from different norms rather than assuming they would wish to adapt to the dominant social norm.”

Basannavar is a former associate director at Deloitte, where he advised global businesses on organisational strategy, workforce mobility, inclusion, and leadership development. He has since moved on to join diversity and inclusion (D&I) consultancy Included, where he is Head of Consulting.

“We often hear businesses make the typical refrain that their staff bodies are undiverse because the wider talent pools they access are undiverse. This is common in finance, pharma and elsewhere. However, this is a defeatist and lazy attitude that again assumes minority groups should adapt to them rather than vice versa.”

The barriers to improving socioeconomic diversity are numerous, from the quality of education to market forces driving down wages. But there are some factors that are more relevant to the UK than they are to other jurisdictions. A study by the Institute for Social and Economic Research at the University of Essex found that who you know may matter more in the UK than it might do in Germany, for example.

“Despite the best efforts of successive UK governments to tackle social inequality and mobility, it would appear that a child’s life chances are still largely determined by parental income and social standing,” it says. “The children of middle class parents may not be better qualified than their poorer classmates, but they enjoy many more advantages when it comes to finding well-paid employment. Class-based cultures and prejudices are deeply ingrained in British society and breaking down these barriers will need a multi-pronged approach.”

This compounds the problems that often arise during times of economic strife. While job creation is healthy as we emerge from the pandemic, the 5.1% inflation rate has resulted in an effective 1.6% cut in pay. And as the cost of living crisis also increases businesses’ costs – energy, materials, etc – less scrupulous ones are likely to cut corners elsewhere, and it’s not uncommon for that to increase the risk of exploitative modern slavery practices, further widening the gap between the richest and poorest.

The UK government’s Levelling Up agenda makes it clear that the private sector will have a significant role to play in creating more economic balance across the country.

It is also becoming a priority for investors, who increasingly want to see environmental, social and governance (ESG) characteristics included in reports. Socioeconomic diversity and inclusion sits under the ‘S’– the social impacts the organisation has. “Firms need to measure diversity – the representation of different characteristics – but it is also increasingly important to measure inclusion – how people feel in an organisation,” says Basannavar.

Included uses an Inclusion Diagnostic tool to help organisations to measure their inclusivity and identify issues that need to be raised and addressed. “We can cut it according to different characteristics to target interventions, for example, those from lower socioeconomic backgrounds.”

Basannavar says the role of business in challenging socioeconomic barriers is huge and direct, and involves three primary activities.

It is also worth investing in medium- to long-term recruitment planning, informing marginalised groups about careers within the profession and offering help to access opportunities.

There are five key areas that businesses should prioritise when tackling D&I within the organisation, according to Basannavar:

Accounting firms have an image problem when it comes to socioeconomic diversity and inclusion, says Basannavar. While efforts and improvements have been made to bring in people from diverse backgrounds, accounting partnerships are still predominantly white, male and middle class.

“A huge number of partners were privately educated and went to ‘red-brick’ universities,” says Basannavar. “This creates a moral issue, but also a performance issue. The lack of diversity leads to poor decision-making, a lack of innovation and greater risk profiles – see recent disasters such as Carilion or Autonomy.”

It’s also self-perpetuating, he argues: the lack of visible minority leaders and leaders from lower socio-economic backgrounds in the industry leads juniors from underrepresented groups to think their future would be better elsewhere.

“Because the ‘white maleness’ of accountancy partnerships is so entrenched, it becomes a very difficult model to enter and disrupt. Women, for example, who enter leadership positions in accountancy firms are expected to adapt to the existing cultural and behavioural norms.”

Similarly, those from lower socioeconomic backgrounds who enter senior roles are expected to ‘cover’ or ‘mask’ themselves, changing their accent or habits, rather than being celebrated for who they are, he says. “Instead, organisations need to be thinking about how they can adapt to their junior, underrepresented groups to disrupt these models.”

Accounting firms are starting to make some progress, however. Following the Black Lives Matter protests in 2020, for example, firms made efforts to improve awareness and review their processes. However, Basannavar feels that partners should do more to push at those socioeconomic barriers. “Senior leaders need to learn and do more, and D&I should be part of their job description.”

As organisations struggle to attract the talent they need, there is a business need to widen the talent pool. At the same time, they recognise the need for diversity of thought in order to survive and thrive. 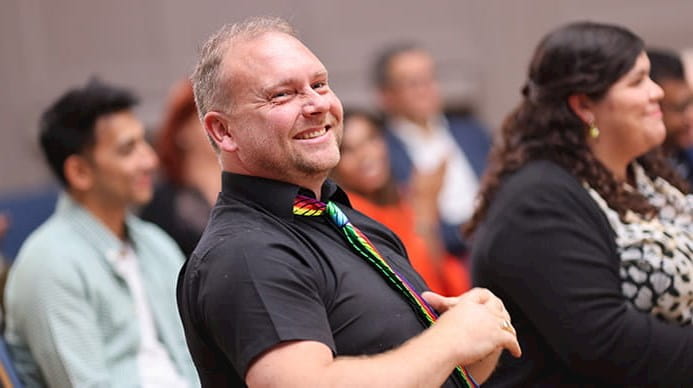 Information and best practice guidance on the different areas of diversity, helping to educate, support and raise awareness.

A community created to inspire, support and develop Black ICAEW members and students throughout their career.