The conflict in Ukraine has created a number of challenges for manufacturers, from rising prices and availability of raw materials to keeping abreast of the latest sanctions.

Electrical control and distribution engineering company Michael Smith Switchgear is reliant on mild steel for the manufacture of some of its products. In the wake of Russia’s invasion of Ukraine, prices have skyrocketed.

“Steel mills were shutting down through COVID-19, so everyone was struggling to get hold of it, and people were stockpiling,” says Emily Smith, the company’s Finance, HR and H&S Director. “We were just coming out of that. The price was dropping, everything was going back to normal. Then all of a sudden, we’ve been hit by this.”

There’s an element in mild steel that is mined in Russia, and a lot of materials are mined in Ukraine as well. Michael Smith Switchgear’s steel suppliers estimated there was about six months worth of steel stock in the UK. The leadership team took the decision to forward buy a 12-month supply with a price locked in. “Some material prices are now already at £1,600 a tonne. On Tuesday it was £1,475 a tonne, so this is how rapidly these prices are changing.”

Michael Smith Switchgear had the cash to take this upfront cost, providing them with some security of supply while the conflict continues. “Our customers are not quibbling over prices as much. If you can get the product out and on site, that’s the main thing. So we can pass on the additional cost.”

There’s a growing shortage in 3mm mild steel, which is the standard thickness used in the car industry. It’s possible that it will stop coming into the country altogether. If that continues in the longer term, Michael Smith Switchgear might have to start building its products out of different materials, Smith explains. “Hopefully that won’t happen. It will be interesting to see how it pans out.”

There is also the potential issue of some Russian connection far along the supply chain that the company is not aware of. The copper it uses in its switchgear products is processed in Germany at a plant that is powered by Russian gas, for example. This raises a moral question for that plant, even though it isn’t breaching any sanctions.

“We can look at our immediate suppliers, but how far down that supply chain do we go? At what point as a business do you take a stand? That’s a real problem at the moment.”

Rising energy prices are less of a problem; the company installed 300 solar panels on the roof of its factory last April. It is now converting its fleet to electric vehicles. “We’ve put our prices up to compensate for rising fuel costs and customers are prepared to pay for it. If we can try and get the fleet out slowly, but surely over to electric vehicles, we’ve got the charge points, and we’ve got the solar panels in, then hopefully we’ll be a lot more self-sufficient in terms of energy.”

CamdenBoss, which designs and manufactures electromechanical components, connectors and enclosures for the electronics industry, has avoided any direct impact on the materials used in the manufacture of its products, but its indirect supply chain has been affected.

Additives used in the plastics that make up its products come from the petrochemical industry, which has been impacted by the sanctions on Russia and by disruption caused by the conflict directly. “We are bracing ourselves for disrupted supply first and foremost, and definitely price adjustments,” says Managing Director Katy Davies.

Prices were already under pressure before the war in Ukraine began. This is now sharper, and Davies believes it is reaching a tipping point. “People just can’t keep accepting cost increases in the supply chain. I’m not saying that we ever had an easy ride, but we're definitely getting more pushback from people and pushing back in turn.”

The company is dealing with this by keeping lines of communication open and making sure customers are aware of what is pushing prices up and why they may have no choice but to accept higher prices. “Everyone’s getting a bit exasperated by incessant inflation.”

Using the commodity code system to flag where there’s a change in the sanction status of any goods has been a really helpful move from the UK government, Davies says. She has been worried about CamdenBoss products being used in some kind of sanctioned activity far along the supply chain where the company is unable to monitor or act. “At least we feel a little bit more comfortable on that front.”

It is also struggling with further disruption to transport, with certain routes around the Black Sea in particular disrupted, in addition to existing capacity and cost issues. Road transport across Europe is also an issue, as Ukrainian lorry drivers return home to fight against Russia.

“The plus side of the last few years is that we’ve probably got closer relationships with our suppliers than we ever have,” says Davies. “We are at least having those open conversations with each other as soon as something hits.”

Both Davies and Smith feel that the supply chain issues of the previous few months – and the general challenges of the pandemic – have helped prepare their businesses for the current challenges.

“Especially on the raw material side, and stockpiling, we knew what we had to do,” says Smith. “We were quite ready to react to it.”

CamdenBoss is accelerating its plans to move onto renewable energy to try to mitigate rising gas prices. “The business case is suddenly very compelling. It’s something we should be doing anyway.”

The company is remapping its supply chain to get an idea of where future pressures may emerge. It previously did so during the pandemic, but its concerns were focused further afield to regions such as China. Now it’s clear that a similar exercise needs to be done with suppliers closer to home.

“It’s applying more rigour to the geopolitical stability of the locations of those supply chains, to get a better handle on risk. We’ve got to be ready for volatility at any time, even on our doorstep.” 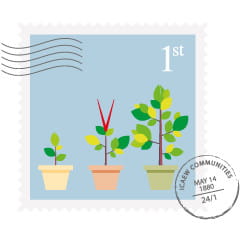