What’s in store for the high street?

As retail suffers in the face of daunting headwinds, what will become of the sector’s physical trading avenues in the near and long term?

Perhaps the most illustrative example of the turbulence blowing through the high street is the rollercoaster ride of Joules. On 16 November, the retailer announced that it had gone into administration. Two weeks later, Next took a majority stake in the business – but was unable to prevent the closure of 19 branches. In the week up to Christmas, three further Joules stores – in Alnwick, Dorchester and Plymouth – also closed their doors.

While the brand managed to find a rescuer, those closures in the immediate run-up to Christmas leave its longer-term future open to question – particularly amid trading conditions that experts have warned are exceptionally difficult.

On 16 December, the KPMG/Ipsos Retail Think Tank (RTT) heralded a cost-of-living Christmas that would be even worse for the sector than the COVID-19 Christmas of 2020. Citing the suppressive effects of higher interest rates on the housing market, the RTT forecast that retail health would continue to decline in the opening months of 2023, and that outlets would face margin pressures as they looked to clear excess stocks.

In a statement, EY UK and Ireland Retail Lead Silvia Rindone also highlighted this issue, pointing out that retailers are swamped with stock having overestimated demand as the economy emerged from the pandemic. Because of this, she noted, the role of the January sales is likely to change from a profit-making event to more of an inventory-management exercise.

“Many retailers are facing liquidity issues,” Rindone said, “so the opportunity to generate cash by selling stock which may have been stuck in a warehouse for the past 12 months will be critical. The question is whether consumers squeezed by higher prices – and just having splashed out on Christmas – will be tempted into spending on these bargains.”

Rick Smith, Managing Director of insolvency and restructuring specialists Forbes Burton, is rather less equivocal: “The prognosis is grim,” he tells Insights. “The high street was already devastated by the pandemic, and even though that’s over, there hasn’t been a respite.”

As well as dealing with lower levels of customers, Smith says, high street retailers are facing the looming prospect of higher energy prices. British Retail Consortium (BRC) Director of Business and Regulation Tom Ironside says the Energy Bill Relief Scheme for businesses has been welcome – removing some pressure from retailers’ energy costs and, in doing so, allowing them to focus on keeping prices as low as possible for consumers. “Now, retailers urgently need clarity on the next steps from March 2023 – from which point the support will be targeted at businesses that need it most,” he says.

In light of all these challenges, ICAEW Head of Business Simon Gray says there is much accountants can do to help their retail sector clients weather the storm. “Chartered accountants can help with board and scenario planning,” Gray says. “One thing they can do is look ahead three or six months and carry out scenario sensitivity analyses around best, worst-case and most likely scenarios. This will keep clients aware of which issues could be coming up and how to plan accordingly.”

Insights gathered from ICAEW members show that retailers are looking to potentially borrow against stock – so there’s also a role for chartered accountants to play in terms of stock valuation, stock write-downs and provisioning, Gray adds. “The standard gauge for that valuation is the lower of cost or net realisable value – so, if the retailer paid X amount for their goods and can only sell them for less than that, then they effectively have a provision against the loss that they need to account for.”

Alongside those measures, what can retailers do within their actual businesses to drum up custom – particularly amid fierce competition from e-commerce? “There is certainly a latent demand for people to be entertained in shops,” says Paul O’Leary, COO of Boden, which mostly trades online, but also has concessions in John Lewis stores. “So high street retailers must ensure their proposition is compelling and provides a fulfilling, enjoyable experience.

“Shoppers have become more forgiving about not being able to find exactly what they want in store, as long as they can get it delivered,” he says. For example, if you have the product in a different size, but the same colour – or vice versa – customers can at least get a feel for it and use that knowledge to inform a delivery purchase. To support that, it’s important for your team to know your products inside out and enthuse about your brand. Plus, make your customers feel welcome – but don’t stick to them.”

In O’Leary’s view, a high street retail presence could be a valuable asset for a primarily online vendor. “With the internet being so crowded,” he says, “it’s important to find cost-effective ways to drive brand awareness. Physical retail could play a role here – it enables customers to understand the brand and its products in a much more tangible way.”

But are notions of preserving something like the status quo increasingly moot? Could it be that the very nature and character of the high street is poised for a dramatic shift – one that would overturn the traditional dominance of retail in its business units? Across the country, developments suggest that a wave of change is underway for our town and city centres:

GLASGOW Citing diminished footfall in the wake of COVID-19, rising energy and business costs and challenges relating to transport provision for the night-time economy, a November report from Glasgow City Council proposed the repurposing of city-centre retail buildings into affordable offices for SMEs.

CAMBRIDGE Trinity Investment Management has purchased shopping precinct The Grafton together with the majority of properties in neighbouring Fitzroy Street, with the aim of converting retail units into lab space for tech start-ups. In a sign of the tension between old and new approaches, local councillors launched a petition in December to save the affected shops.

While high street retail is by no means living on borrowed time, the shape of retail looks set to continue a transformation already underway for some time. “The retail landscape is set to be dominated by more leisure-oriented pursuits, such as eating out, coffee shops, gyms and other lifestyle options,” Smith says.

BRC economist Harvir Dhillon adds: “There will be opportunities, both online and in store, for retailers to expand and redefine the shopping experience. While the high street of the future may look different, successful retailers will be those who are best able to keep up with changing consumer habits.”

• For specialist advice and resources, join the ICAEW Retail Community.

Be a part of ICAEW's Retail Community

Curated content for finance professionals in all retail related sectors. Webinars that look at the hot topics impacting the sector. Access an array of resources, including reporting standards and changes in regulation, news and ICAEW content all in one place. Membership is free and open to everyone. 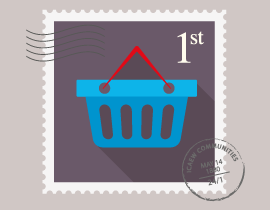