Sorry, the exam booking system is still experiencing technical issues, so you are currently unable to book exams or sit remote invigilated Certificate Level exams. We are working hard to fix this and hope to reopen or update at 12pm (UK time)

The dark side of financial innovation

Financial innovation often promises to reduce costs and improve products and services, giving access to new customers and markets. But it also has a darker side. 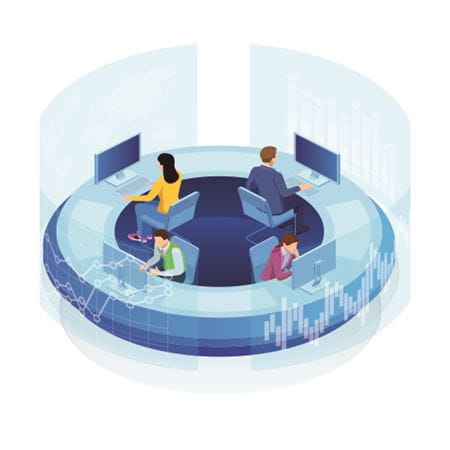 Alison Miles of Plymouth University delves into the world of financial innovation, considering the so-called ‘dark side’ and whether we should be worried about Fintech 3.0. She touches on cryptocurrencies, bitcoin, blockchain, P2P lending, crowdfunding, mobile payment systems and the shadow banking sector.

For example, subprime mortgages – the demon of the financial crisis – emerged in the 1990s as an innovation that allowed those who were previously excluded from being able to take out a mortgage to join the ranks of homeowners. The development of credit default swaps, collateralised debt obligations and other derivatives gave rise to new and innovative financial products that were hailed at the time as beneficial, allowing improvement to efficiency by the sharing of risk.

In 2007, Ben Bernanke, then-chairman of the Federal Reserve Board of Governors, called for a light regulatory touch to innovation. “Regulators should resist the temptation to devise ad hoc rules for each new type of financial instrument or institution,” said Bernanke.

Within the banking sector at the time, there was a genuine belief that risk, previously the curse of the sector, could be reduced or even eliminated by financial innovation. History, as is so often the case, took a different view, with the onset of the financial crisis.

But should we be worried by the rise of financial innovation?

Fintech 3.0 is a term used to cover cryptocurrencies such as bitcoin, blockchain, as well as peer-to-peer (P2P) lending, crowdfunding and mobile payment systems. Together they have led to a change in how banks and borrowing operates.

The growth in Fintech 3.0 began with the unintended consequences of the Basel III regulations. This led to a squeeze on the availability of capital for small- and medium-sized companies that turned to new P2P lending platforms for credit. The growth of P2P lending came from society’s change in attitude towards more of a sharing economy. These same attitudes led to the growth of market disruptors such as Airbnb.

At the same time, the market for residential mortgages moved from traditional banks to non-depository institutions. These lenders, such as Quicken Loans, process online mortgage applications using big data to screen borrowers, rather than traditional loan officers, which makes them faster and cheaper. They work almost entirely through securitised loans rather than holding the loans on their balance sheets. In a notable recasting of roles, Fannie Mae and Freddie Mac in the US now play a dominant role in guaranteeing the shadow banking sector loans.

The rise of this innovation is not lost on the traditional banks, with research from IBM predicting that 66% of banks will have commercial blockchain by 2020.

Bank of America, Citigroup, Morgan Stanley, Deutsche Bank and Barclays have already started down this path and Goldman Sachs has more programmers and tech engineers than Facebook, according to Business Insider.

Fintech 3.0 gives life to the shadow banking sector, which the Financial Stability Board estimated was around $45trn in 2016. The sector is self-governing and outside current regulations. This is worrying to regulators and policymakers alike as they move to get tough on some products. The Basel Committee’s March 2019 statement on crypto-assets saw it being as clear as can be that it is nervous and concerned.

The question is: how can we avoid failures in financial institutions embracing financial innovation? After all, the FICC Markets Standards Board analysis of 225 years of misconduct in financial markets showed the same poor behaviours repeated and simply adapted to new products, geographies or with new technologies.

One answer is to consider the leadership styles and characteristics of the boards. In the July/August 2018 issue of FS Focus, we explored this very topic. It found that those who show a vision, are good at public speaking and show absolute confidence in their position – coupled with more ‘transactional’ characteristics of a concern for the numbers and processes – were good at treading the line between managing the risks and embracing the opportunities of financial innovation to be successful.

As long as there are regulations, there will be new financial innovations. It’s a case of making sure firms are in the right hands to weather the next financial storm.