Jane Moore reports on the 2019 Wyman Symposium. This year's Wyman Symposium was held on 10 July in Chartered Accountants' Hall, with the topic 'Making the case for new taxes'. The audience of over 100 tax professionals heard four speakers who each set out a new tax policy idea. 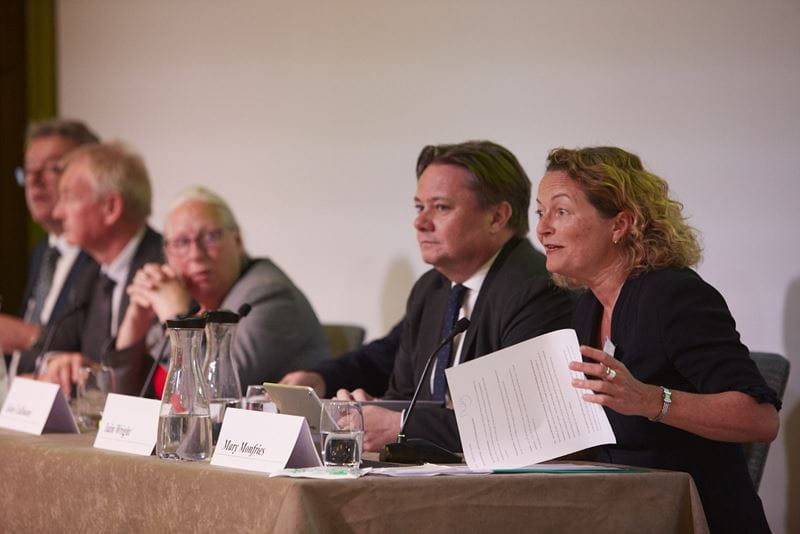 The event was chaired by Mary Monfries, Tax Faculty chairman and a partner at PwC.

As an introduction, Iain Wright, ICAEW director of business and industrial strategy, gave a talk on tax policy and the challenges facing Parliament.

Four speakers each had 10 minutes to explain their new policy ideas:

The speakers had been encouraged to be brave and some of the ideas were quite radical or even light-hearted (and, Mary stressed, did not necessarily reflect the views of the speakers or the bodies they represented). But there was a serious point to this as it encouraged the audience to consider the barriers to rational debate.

The audience was asked to choose which idea they might support. Rebecca’s proposal to remove the NIC upper age limit was the clear winner, with 50% of the closing vote.

Before joining ICAEW, Iain was a British Labour Party politician, Minister and MP for Hartlepool, and also served as chairman of the House of Commons’ Business Select Committee. He began by saying that Parliament aims to use taxes both to raise revenue and to implement policy.

Revenue raising needs to be done consistently and Iain cited the Tax Faculty’s “Ten Tenets for a Better Tax System” as a good guide to how the rules should be made. A problem facing the UK is that we are very reliant on personal income taxes, especially income tax and NIC, and as ways of working change, this makes us vulnerable. However, responding to change by reforming the tax base can be difficult. Iain cited as an example the problems with reforming business rates; shifting the tax base from personal to business taxes will be even harder.

Iain touched on the importance of parliamentary scrutiny of tax law, referring to the faculty’s tenet that tax rules should be statutory. However, often legislation, and government spending, does not get the scrutiny it should. Engagement with the tax profession has an important role in assisting MPs when understanding and scrutinising tax policy.

In a talk entitled “More tax for a better life”, John looked at the challenges facing the UK, including an ageing population, social inequality and a difficult economic situation. As our tax system is already too complicated and distortive, John’s view is that we don’t need more taxes, but should instead fill in the gaps to the base of existing taxes.

One area that could be looked at is the exemptions and zero or reduced rates which apply for VAT. He considered the long-standing policy of zero-rating food. Although poorer people spend a greater percentage of their income on food, in absolute terms the rich buy, eat and waste more food than the poor – but nonetheless benefit from the zero rate. In effect the policy is subsidising the better-off, and there are better ways to support the poor. John said that applying 20% VAT to all food would raise £18bn a year, and would help to reduce waste, tackle the balance of payments problem (we import a lot of food) and tackle obesity.

Rebecca considered the problem of funding social care, referring to the July 2019 report from the House of Lords Economic Affairs Committee, which said (paraphrasing) that the problem had been kicked down the road for too long. The committee proposed a system of centrally funded care, with personal care being free to all, and said that an immediate injection of £8bn would be needed restore care provision to 2009/10 levels.

How should this be funded? Rebecca’s suggestion is to remove the upper age limit for paying class 1 NIC. She noted that the working population aged 65 and over is a rapidly growing one, and provided a variety of interesting figures. In May 2017, 1.157 million (10%) of that age group were working; this had risen to 10.9% in April 2019. By 2040 it is predicted that 25% of the population will be over 65. The growth seems likely to continue, partly because people cannot afford to retire at 65, but also because work keeps them physically and mentally active, giving positive health benefits (potentially reducing the need for care). There are no statistics available on what these people earn, but the Treasury has indicated that making over-65s liable to NIC would raise £1bn a year.

Rebecca was not convinced by the argument that if NIC is applied to their earnings, older people will stop working; the net financial and other benefits are likely to keep them working. She also noted that if care is better funded, those people who are currently providing care but not working could get back into the workforce and thus increase productivity and also increase revenue through the tax and NIC they pay.

Steve decided to be both radical and light-hearted. In a talk entitled “Taxing youth” he entertained the audience with ways to tax social media use by young people. This would raise revenue but also – like any sin tax – tackle an addiction, for the benefit of the young people themselves. He expanded his ideas to suggest a tax for each use of the word “like”, a tax on Botox (named the “botax”) and a surcharge for using your phone to take pictures of your meal in a restaurant.

Steve also made the serious points that both revenue raising and government spending in the UK need to be more efficiently managed. Proper consideration must be given to how the tax system should work in this digital age and how to tax new ways of working.

Brian considered taxes designed to change behaviour, and the characteristics they must have to be effective. He took as an example the plastic bag tax, introduced in Ireland in 2002, where plastic bag use is now around 14% of what it was 20 years ago. Although the amount of tax per bag is small, it is clearly visible (on the till receipt) and people can avoid it simply by not using bags. An important attribute for success is that the tax resonates culturally with people.

Looking at the current system of taxing carbon usage, these principles don’t apply, as the taxes are not visible to consumers, can’t be avoided, and does not resonate culturally. A far better way to tax carbon usage would be to apply it at the petrol pump so that it is visible on the till receipt and people can avoid it by reducing fuel use and thus their carbon footprint.

The talks were followed by a lively panel session, taking questions and comments from the audience.

In her closing remarks, Mary Monfries noted that a clear message from the evening was the importance of having public debates on difficult topics which are often avoided, such as the ageing population, social care, the taxation of work and environmental issues. The profession should aim to work together and with government to encourage proper debate, informed by the facts and with the benefit of specialist knowledge. 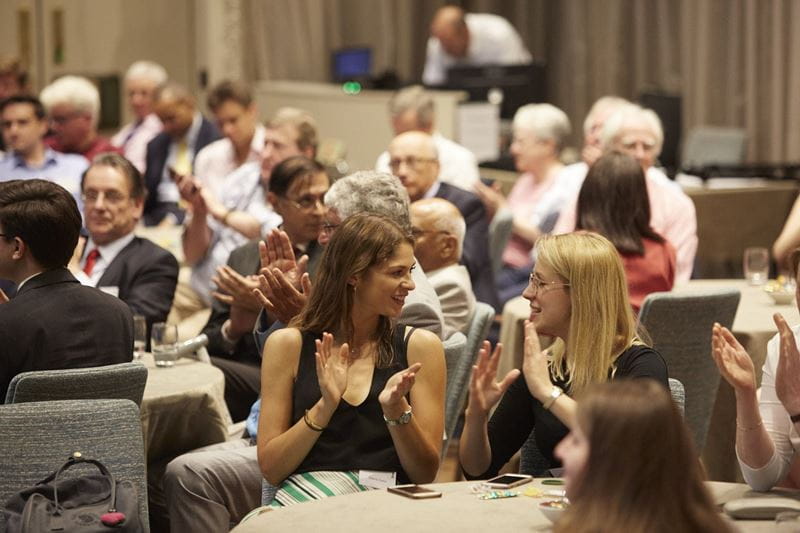