A fifth of working accountants have said their job progression is being negatively affected by the cost-of-living crisis and more than one in four believes the crisis has meant there are simply fewer opportunities available at work.

Of those, two-thirds (65%) feel their employer is focusing more on the business’s finances than employee progression, and almost two in five (38%) are having to fill in for others due to cost cuts, according to a survey by Caba, the wellbeing charity for the ICAEW community.

Half of ICAEW members have already made changes to their spending on their energy bills, two-fifths (41%) on food and over a third (37%) on transport. And the Caba survey suggests that things are only set to get worse, with a quarter of accountants who aren’t already struggling financially expecting to going into winter.

At the same time, two in five (40%) are working more regularly from home to avoid the cost of commuting, prompting concerns about a knock-on effect on progression due to their absence from the office.

One in five (22%) is worried about losing their job, while 16% have either started or considered taking up an additional job to help cope with the cost-of-living crisis. A further one in five (19%) is either considering or has already moved to another organisation or industry.

Mark Pearce, Head of Service Development and Delivery at Caba, says: “Trying to develop your career can be tough, especially if you’re working in a particularly busy role, and the cost-of-living crisis has only heightened this challenge. Whether you’re exhausted from juggling additional jobs, missing out on opportunities in the office, or feel like your development has been de-prioritised, you’re not alone, and there is support out there for you.

While employees may feel like they are lacking in formal career development at this time, there are ways in which they can progress their personal development with help from support services, Pearce adds.

“At Caba, we have a wealth of online advice to help chartered accountants keep progressing, from personal development tactics to advice for those looking to change their career path. Our advisors can offer free, confidential help and advice, as well as support to help members secure a long-term financial future. We can offer emotional support too, when money worries are taking a toll on members’ mental health.”

Career coach Liz Sebag-Montefiore, a director of 10Eighty, says anxiety, burnout, stress and fatigue are real problems for those concerned about job security and a lack of career progression. “If they are also worried about debt that will exacerbate workplace problems and may be something they prefer not to discuss at work.”

If a worker really feels career progression is blocked and assuming their performance is meeting standards, then they need to talk to the employer, Sebag-Montefiore advises. “This is about communication. The problem may be with the firm, not the individual. If the business is stagnating or losing clients, career progression may not be possible in the short to medium term. So stay or move, but either way the individual is responsible for their career and should ensure that they do what is most useful in terms of continuous learning and employability.

An annual review is rarely helpful in terms of charting career options and development opportunities, Sebag-Montefiore says. “Press for regular catch-ups and feedback sessions. Requesting mentoring is also a good idea. Ask for assignments or projects that align with aspirations and career path choices. Make sure to be a good team player and to contribute and collaborate on group projects. A good manager will ensure that credit is given for wins and successes on an individual basis, not just a team basis.”

ICAEW works with CABA to promote the mental health of chartered accountants and their families producing articles, guides, webinars, videos and events. We showcase a selection of these on this page. 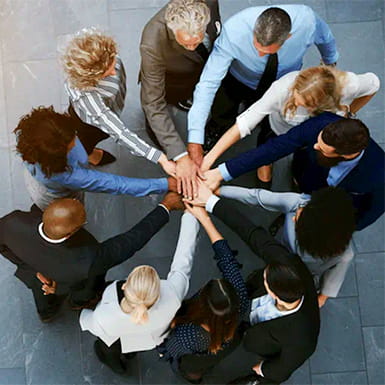