While the world watches with alarm as war rages in Ukraine, the shockwaves from sanctions imposed against Russia are being felt on home turf by football’s Premier League.

Whether it’s casting aspersions over footballers’ wages or putting the boot into players’ liberal interpretation of COVID-19 restrictions, the beautiful game is no stranger to controversy. But the recent sanctions on Russian owners of clubs could have a more lasting impact on governance across the industry, and the financial ramifications could be felt for years to come, experts are warning.

Intense scrutiny of the Russian ownership of Chelsea Football Club has reignited calls for an overhaul of the governance regime football clubs are subject to and could prompt some very difficult questions about club owners and the origins of their money. Until now, clubs have largely and rather conveniently managed to disassociate themselves from financial goings-on behind the scenes, but the current spotlight due to sanctions against Russia means it is increasingly hard to keep the game and the business aspects of football apart.

Kieran Maguire, chartered accountant, football finance fanatic and co-host of viral podcast The Price of Football, says the intense focus on the Russian money underpinning the Premier League could be a turning point for football governance. “The league has not really asked too many questions as to how that money has been generated from a moral, ethical or human rights perspective. What we are seeing in Ukraine is now bringing that into focus,” Maguire says.

While the industry has always pushed back against the concept of independent regulation, the impact of sanctions could boost calls to step up the governance of clubs. In July last year, initial findings of the government’s review into football governance led by former Sports Minister Tracey Crouch MP concluded that, to protect the future of key aspects of the game, a new Independent Regulator for English Football was needed.

“As far as the football industry is concerned self-regulation is preferable, so they’ve been mounting a fairly negative campaign in respect of the proposals, but [the sanctions against Russia] will give added weight to her suggestions for stronger owners’ and directors’ tests for who can and cannot own a football club, and also for someone independent to create the rules and police them,” Maguire says.

Sanctions imposed on Chelsea owner Roman Abramovich have led to his UK assets being frozen, including his stake in the west London club. “The sanctions have led to Chelsea operating under a limited licence from the Premier League, able only to train and play as normal but unable to trade in any commercial sense, with ticket sales and all other commercial activities barred. More recently Abramovich has been barred as a director of the club under the league’s owners and directors’ test due to the allegations against him, meaning a forced sale of the club is inevitable,” explains Jeremy Moore, a partner at Reeds Solicitors.

Similarly at Everton, the club is reeling from sanctions imposed against the oligarch Alisher Usmanov, a close business associate of owner Farhad Moshiri, which has led to Usmanov’s company USM Holdings having to withdraw from several lucrative sponsorship deals, leaving the struggling club with a massive financial hole.

“All of this makes one wonder if the English Premier League will be forced to revisit its owners’ and directors’ test and whether more stringent restrictions should be imposed, in particular on foreign ownership. The likes of Newcastle United, with its Saudi Arabian investment fund ownership, and Manchester City (Abu Dhabi United Group has a controlling interest in the club) must be looking nervously over their shoulders,” Moore adds.

Barry Hearn OBE, chair of Matchroom Sport and ICAEW member, says increased scrutiny across the football industry is almost inevitable. “There is a system in place but checks have been minimal and they probably aren’t fit for purpose. With the amount of money involved in the game, another level of ramping up of corporate governance is needed.”

However, Crouch’s review – based on over 100 hours of oral evidence from stakeholders including fan groups, leagues, the Football Association, clubs at every level of the pyramid, and representatives of players and managers – also concluded that the normal rules of business do not always apply to football clubs. “If it was not already sufficiently clear before the start of the review, the evidence has been clear that football clubs are not ordinary businesses. They play a critical social, civic and cultural role in their local communities. They need to be protected – sometimes from their owners, who are after all simply the current custodians of a community asset,” Crouch said.

The fallout from the sanctions facing Abramovich could also, Maguire speculates, result in a shifting sponsorship landscape. “What we’re seeing now is a realignment from sponsors as to what they want from a football club.” Chelsea FC’s two main sponsorship deals – the front-of-shirt deal with Three and the shirt-sleeve sponsorship deal with Hyundai – have been suspended.

Although the football club could be seen to have a toxic impact upon a brand, Maguire said he didn’t think that would result in a longer-term decrease in the value of commercial rights. “Personally, I don’t think it will, because football does deliver, and in a world of streaming it’s a live event, and it’s fantastic for advertising and commercial entities to get their logos seen for a long period of time.”

Many other clubs with sponsorship deals with companies around the globe may also need to look a bit more carefully for their sources of income going forward. Failing the English Premier League or individual clubs acting unilaterally, the government may see fit to intervene with their own legislation for greater scrutiny of club ownership and foreign sponsorship deals,” Moore adds.

“Does this mean that the Premier League’s relationship with Russia as a commercial partner or source of sponsorship is going to be fractured for a long time? I think that could be the case,” Maguire says.

Despite the strength of anti-Russian feeling, the reaction among fans seems to be that a focus on the financials is an unwelcome distraction from the sport. “If you talk to football fans, they don’t care where the money comes from,” Maguire adds. It’s symptomatic of a view that what happens on the pitch is divorced from the broader political agenda. “You only have to look at the response of Eddie Howe [manager of Saudi-owned Newcastle United] when asked for his views about the Saudi regime’s beheading of 81 people over the weekend. He said: ‘I’m just going to stick to football.’”

The fact that Premier League football is as likely to make front-page as back-page news is what makes it unique. “When Roman Abramovich was sanctioned on Thursday it was front-page news on Friday,” Maguire says. “You wouldn’t necessarily have realised that seven other oligarchs had been sanctioned by the government.” 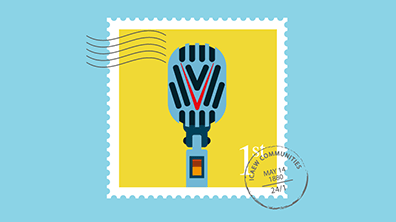