The price is not right 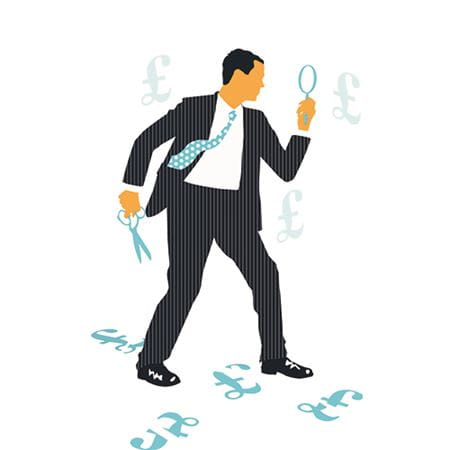 Pricing practices for financial services are key in determining whether consumers have been treated fairly. For years, the Financial Services Authority (FSA) argued it “was not a price regulator”, scrapped rules on charges and failed to intervene on rip-off payment protection insurance (PPI). The Financial Conduct Authority (FCA) has launched a discussion paper on fair pricing practices and proposed new caps on charges for overdrafts and rent-to-own products.

The problem in the FSA’s approach to the issue of pricing and fairness was that it either didn’t know or didn’t intervene when consumers were paying too much. The most prominent example was PPI. Banks mis-sold consumers expensive insurance. Lloyds TSB received 87% commission for selling its customers one form of PPI. Other banks sold PPI that was so expensive it was virtually impossible for consumers to benefit.

The FSA’s policy on price was explained by a former executive when testifying to the Parliamentary Commission on Banking Standards: “The FSA board… took an approach based on the mantra of ‘We are not a price regulator’. The fact that some consumers were paying much higher prices than they needed to was not necessarily something which the FSA would have picked up as being in itself mis-selling. There was nothing in the [Insurance Conduct Of Business] rule book which said you may not charge more than £X,000.”

In 2007 the FSA scrapped its rules prohibiting excessive investment charges. The FSA said that if it used these rules, it would effectively be intervening in the investment market to set maximum prices and “[did] not consider it appropriate for us to take such a role in these circumstances”.

The FCA has promised it “will go further than the FSA has previously done in challenging providers on the value-for-money of their products”.

But the FCA only intervened on price where it was given a duty to do so by politicians. In other areas the FCA failed to take action or propose solutions around disclosure of information to consumers rather than robust action. This means the FCA has allowed:

There is now a welcome change from the FCA on unfair pricing. It has published consultations on caps on overdraft charges and the rent-to-own market. It has also published a discussion paper intended to focus debate on:

The FCA has concerns that these pricing practices could disadvantage some consumers significantly, in particular the most vulnerable and least resilient consumers.

I hope these consultations will lead to far greater use of pricing interventions by the FCA. However, it remains to be seen whether the FCA has overcome its ideological obsession with competition theory and remedies designed to improve the disclosure of information to consumers or promote switching.

The regulator’s view tends to be that if we can prompt enough consumers to switch or threaten to switch then that will promote competition and encourage fair treatment. But this conventional model rarely works in financial services. The few customers who switch get a better deal but this doesn’t encourage fair treatment of existing customers. Firms will continue to exploit loyal customers if information remedies and a reliance on switching are the only proposed solutions

And big data, AI and personalised pricing could be used to increase charges for consumers considered less likely to switch. The FCA needs to set clearer boundaries. For example, should home insurers be allowed to discriminate against people with Hotmail accounts because their algorithm says that they are less price sensitive

These issues matter because initiatives such as open banking mean that consumers are encouraged to share more of their payments data. So, would a credit card company be able to increase an interest rate or cut a credit limit on a credit card because a consumer has used it (or one of their other cards) to pay for relationship counselling services?

In the US, the Federal Trade Commission found a credit card company using behavioural-scoring algorithms to rate consumers’ credit risk because they used their cards to pay for counselling or therapy services. For some of these consumers it cut credit limits to below their current balance and started charging them over-limit fees. The same shouldn’t happen here.

The Treasury Select Committee demanded that the Office of Fair Trading (OFT) investigate the level of credit card default charges.

The OFT found that they had generally been set at a significantly higher level than is legally fair, leading to unlawful penalty charges in excess of £300m a year. The OFT introduced a cap of £12 on default charges.

The Department for Work and Pensions (DWP) set a price cap of 0.75% on the default investment option in qualifying workplace pension schemes used for automatic enrolment. It also banned the practice of increasing charges when consumers switched jobs.

Following the introduction by parliament of a duty to use its powers to implement a price cap, the FCA introduced an initial cost cap of 0.8% per day, a cap on fixed default fees of £15 and total cost cap of 100% of the amount borrowed.

The FCA’s review found that 760,000 borrowers in this market are saving a total of £150m per year, firms are much less likely to lend to customers who cannot afford to repay and debt charities are seeing far fewer clients with debt problems linked to high-cost short-term credit.

In the late 1990s the government passed legislation that introduced stakeholder pensions and capped charges at 1% a year. RU64 regulatory guidance meant that firms could not recommend personal pensions unless they were at least as suitable as a stakeholder pension.

HM Treasury introduced CAT standard products in 2001. For mortgages, after the rate charged in a short-term period had finished these CAT standards limited the standard variable rate (SVR) or go-to rate to no more than 2% above base rate.

After the financial crisis, customers with CAT standard mortgages suddenly found that they were now paying significantly lower rates than those on non-CAT SVRs. Nationwide estimated that the benefit of the CAT standard had been £300m in the six months to November 2010.