Sorry, the exam booking system is still experiencing technical issues, so you are currently unable to book exams. For Certificate Level, you can access your remote invigilation exams, make or amend bookings via my.icaew.com/examsonline. We are working hard to fix this and hope to reopen or update at 12pm (UK time)

Predicting the unpredictable with stress tests

Findings from the results of the PRA stress test are in. John Mongelard looks at areas that need further investigation. 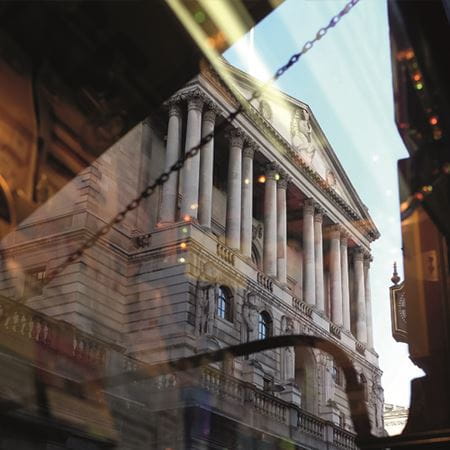 The Prudential Regulation Authority (PRA) stress test results were published in November 2018 and for the first time incorporated expected credit losses (IFRS 9). The macroeconomic parameters of the stress test were deliberately unchanged from the previous year’s scenario in order to illustrate the specific impact that the financial reporting change to IFRS 9 from IAS 39 would have.

Overall, the tests were helpful in developing a greater knowledge and understanding of how expected credit losses may change under stress. Despite this, we have identified some key areas where more analysis is needed.

For entirely practical and sensible reasons, the Bank of England invited banks to make a simplifying assumption – that they will have perfect foresight through the stress. This means that from the outset banks will have a clear view of the end of the stress period and the start of a subsequent recovery. In such a V-shaped recession, banks will be able to release provisions at the bottom of the cycle. This is because they will be able to foresee the sunny uplands and economic recovery ahead.

However, in a real stress, we know that no one will have perfect foresight. This will mean IFRS 9 provisions may behave differently, and could remain higher for longer in a real stress. This is because a prudent bank (and bank auditor) may be reluctant to release large provisions in the depths of a recession, especially one as severe as the one calibrated in the stress test. This will have a dampening effect on the activities of the banks, which in severe cases could lead to systemic risks.

Notwithstanding these points, it is not an easy task to predict how banks will actually respond in a stress and what their expectations will be. However, to head off this potential systemic risk, banks, auditors and regulators should probably start to talk about how bank provisions might respond in reality and how behaviours and expectations may evolve through an economic cycle. The Financial Services Faculty is convening the relevant stakeholders to initiate this conversation.

All other things being equal, the effect of having to provide more for expected credit losses when reporting under IFRS 9 would have also increased bank regulatory capital requirements. This might further constrain bank activities and they may have to make difficult decisions about allocating available capital for lending and so on.

To soften the impact of this, transitional provisions were introduced by regulators. However, it is not clear what grace the regulators will offer once these transitional arrangements expire at the end of 2022. This may make it difficult for banks to model the impact of how regulatory buffers such as the counter-cyclical buffer are used, which can have a significant impact on how much capital they will be required to hold in tough economic conditions.

The intent of IFRS 9 was never to increase provisions, per se. It was introduced to deal with provisions in the last crisis being too little, too late. It therefore sought to bring forward the future provisions, including for expected losses, and not change the overall quantum. This should mean that over time and through an economic cycle the provisions under IAS 39 (incurred loss) and IFRS 9 (expected loss) should be the same. In theory, defaults will be identical; irrespective of the accounting standard applied by the lender.

However, banks will have learned a great deal in preparing for IFRS 9 implementation, including modelling credit risk and considering lifetime expected loss. This new knowledge may give banks better insights into their assets and how they will respond to economic and other changes. Therefore it is possible that there may be changes in the timing of provisions and increased provisions at least in the short term. For example, we could see bigger provisions booked sooner in anticipation of more dramatic adverse conditions or greater consideration of expected total loss (ie, not just the point-in-time exposure). These factors again may mean we see a different provision profile emerging in a real stress.

The new Additional Tier 1 instruments (contingent convertible bonds, or bail-in debt) of some banks were hypothetically triggered in the most recent stress test. The triggers for the debt converting to equity are the bank capital ratios (which each use the fully loaded IFRS 9 provisions and not the transitionals).

However, in the absence of robust assurance around risk-weighted assets (the denominator for bank capital ratios), the likely holders of these instruments (eg, hedge funds) may challenge whether the conversion has been triggered accurately.

The most important issue will be the impact on lending (not just new loans, but revolving facilities and other vital sources of credit) and therefore the impact on UK businesses and consumers. As noted above, the absence of perfect foresight could mean higher provisions at the bottom of the economic cycle. As a consequence this could deter banks from lending and slow recovery. In such a scenario, regulatory interventions, for example quickly releasing the counter-cyclical buffer to support the wider economy, may be vital.

IFRS 9 in the stress test

The UK stress test is a five-year test compared to the European Banking Authority’s three. The PRA allowed banks to use transitional provisions that softened the impact of IFRS 9. In 2023 the relief will expire. Overall stress test CET1 (common equity tier 1) ratios fall from 14.3% to 9.2%. Of this, the IFRS 9 transitionals meant 1.3% was added back to capital. On a bank specific basis this had variable impact.

The general effect of IFRS 9 and expected loss provisioning is to bring forward impairments. They telescope forward credit provisions to mitigate the risk of too little, too late – a criticism of IAS 39 in the last crisis. The stress test saw 80% of impairments were recognised in the first two years. This compares with 64% under IAS 39 and represent an additional £20bn of impairments.