Forecast deficit for 2020-21 more than doubles in a week 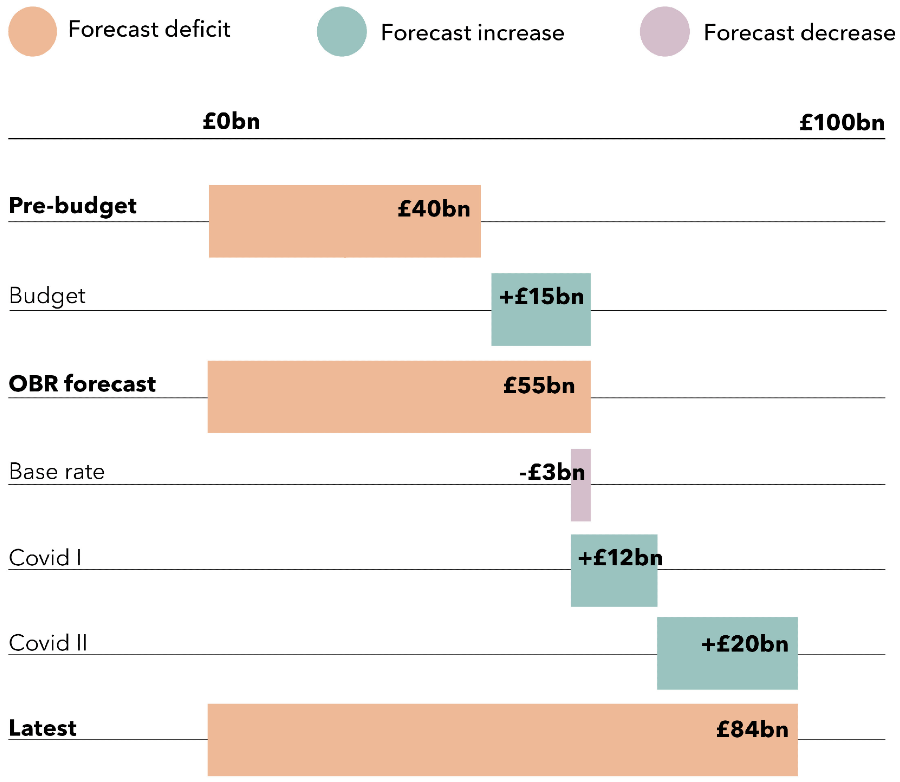 Three fiscal events within a period of a week is pretty much unprecedented. Two of these were on Wednesday 11 March when an expansionary Spring Budget was accompanied by a £12bn package of emergency measures. Less than a week later, the Chancellor announced a £20bn package of additional financial support, together with an initial £330bn in loans and guarantees to keep the economy operating.

As the #icaewchartoftheweek illustrates, this means that the forecast deficit for 2020-21 has more than doubled, from £40bn before the Budget to £84bn now.

It looks increasingly likely that the fiscal deficit in the coming year will exceed £100bn, potentially by a significant margin. Just a 2% drop in tax revenues would be enough to take the deficit over that level, even before the impact on welfare spending of job losses and income reductions, or the cost of writing down any loans or guarantees that are not repaid. Further financial support packages from the Chancellor over the weeks and months ahead are also likely.

Sit tight. This is going to be a bumpy ride for the public finances.