Brexit and fisheries: how much more complicated could it get?

At one point, Brexit negotiations appeared to be all about fishing. For one crabbing company in south-west England, the upshot has been much more complicated than they would have hoped.

For most of us, whether Brexit delivered the promised improvements for the UK’s fishing industry is unclear. For Alice Bessell, Financial Controller at Brown & Bright Holdings, the situation is clearly more complicated.

This former Audit and Assurance Senior at Bishop Fleming Chartered Accountants took on the role of Financial Controller at Brown & Bright in the Summer of 2019, in the midst of the UK’s transition out of the EU. It was clearly no coincidence.

The company owns three fishing vessels, albeit that only one is in operation during the prevailing low season. Its main business is crabbing off the Netherlands coast. This is a plentiful resource – there are no quotas for crabbing – you just need a licence to operate the fishing vessel for that purpose. For Brown & Bright, the market for its catch is within the EU and the catch is landed at a Dutch port designated to receive non-EU traffic.

“However, one of the things that's caused us problems is getting stopped at the border,” says Bessell. “Until a couple of weeks ago, every time we landed, we were called into the Dutch customs office to answer queries.” There were no upfront instructions on how to manage the new processes. It was a case of trial and error, then trying again.

The only thing that was obvious was that the process for landing a catch by a UK vessel in EU territory is now completely different to what the shellfish company had known previously. For example, clearing immigration used to comprise a simple declaration of which crew members were on board – now full immigration clearance is required.

“And now we have five new forms to submit,” says Bessell. “That is for every landing.” This includes Dutch customs declarations; and VAT to the tune of 9% of the value of the catch is now payable to the Dutch Government. Happily, Brown & Bright’s client for the catch is within the EU – so the VAT payable can be reclaimed by the client company. “Otherwise, we would definitely struggle with that,” she says.

“We only sell to a very select market and then they sell on to a range of clients. The Chinese market is a big market for crab, but we don't export to China directly. Our clients do all the exporting.”

Happily, although there is more paperwork, more time spent talking to officials and more problems to solve, every catch so far has been released for movement. “It’s a bit slow. We have to declare the catch coming in, and we have to wait on the quayside, which we never had to do before, and we have had to buy a set of scales for every boat so we can have the catch weighed,” she says.

“Naturally, I'm okay with paperwork, it doesn't faze me, but a lot of fishermen are just not used to it. It is quite common for fishermen to just outsource bookkeeping and administration to their accountant, and they would struggle to get all of the paperwork done.”

A lot of the paperwork is repeatable, albeit quite complicated. “You have to declare what you have caught, and the tonnage you have caught, in each area of the sea. It is quite time consuming. If you don't have good reporting from your skipper, anyone filling out the forms would struggle. I've set up templates that carry forward certain information to save everyone time,” says Bessell.

A further complication – and it is a situation that has not yet been tested – may come if the crab comes into the UK for processing and then for sale in supermarkets.

It is not just the movement of the catch that needs to be evaluated. An operation like this required various elements of kit transported to the right boats at the right time. This is now logistically difficult. “Previously we could send equipment over with no problems. We own a house in Holland that we use as a base. The crew can stay there, and we have a storeroom where we keep spares and clothing,” says Bessell. “Customs declarations for this type of thing is very difficult.”

And this type of equipment is vital, not optional. “It is things like crew gloves, life jackets, safety belts, emergency lights, oil filters and things that are needed when something goes wrong. Boats on the North Sea are battered constantly so we have to undertake repairs regularly,” says Bessell. “We need all this equipment available at all times.”

A further problem that could appear on the horizon is the use of EU boatyards for repairs when those boatyards are located in harbours that have not previously been designated as ports that can receive non-EU traffic. In these instances, we are not talking about a “landing” as such, more of a repair location for UK-registered vessels. This is a grey area that is yet to be worked through.

In the final analysis, there is nothing in Brown & Bright’s operation that has changed. These are the same vessels, the same fishing locations, the same catch, the same crew and the same client. Almost everything else is different. There are now more forms, more conversations, more delay and a huge requirement for lots of patience.

Find more guidance and material for how to prepare for the end of the transition period. 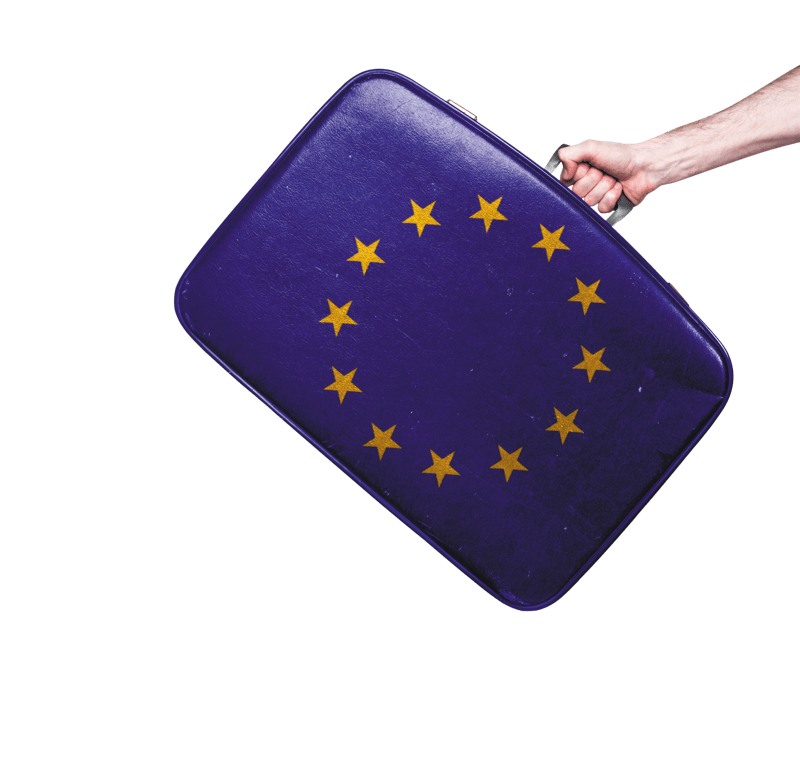