Let’s hear it for the blue economy

The oceans capture carbon, regulate temperatures, and protect from severe weather events. They are also our heroes in helping us achieve the sustainable development goals so let’s applaud them.

Food, water, work – we rely on the oceans for all of them, and more besides. Did you know that the oceans and their coastal environments are capable of sequestering up to five times the amount of carbon absorbed by tropical forests? And did you also know that a great whale can accumulate 33 tonnes of carbon on average in their bodies over the course of their life – the equivalent of eight 100-year-old trees?

It is all going on in the oceans and we simply don’t see it. That is why we need leaders to point it out – both to increase our personal knowledge but also to inform how responsible business work – and it helps if those leaders are both experts in the oceans and in business.

Josh Hasdell, Manager in KPMG in Canada’s Strategy and ESG Services practice, is a case in point. Before he joined KPMG he trained and worked as a marine biologist. “I developed a passion for ocean conservation and environmental stewardship,” he says, “and I wanted to make as much impact as possible”.

Rather than remain in research or work with NGOs, Hasdell’s calling was to work with some of the larger corporations who are having the greatest impact on the oceans, the environment and society. “These are the organisations who can make the biggest difference and do right by the world and society while simultaneously achieving a competitive advantage,” he says. “I saw that KPMG had relationships with a large proportion of those organisations and KPMG has similar values as mine for sustainable change so joining the firm gave me a seat at the table.”

A training contract followed, then the award of the ACA, and then a TED talk on the need for organisations to do more around ocean conservation – before ‘Blue Planet’ hit our screens. KPMG soon picked up on the need to develop a larger ESG advisory team – including Hasdell – to assist clients with, for example, Integrating ESG as a fundamental part of a their corporate strategy, and to build on the work already been done around ESG assurance and reporting within KPMG.

He points out that being taken seriously around ESG issues is difficult given the tokenistic approach to improvement we have witnessed in previous years. “I found it really useful to have the credibility of the ACA behind me,” he says. “Having done financial statement analysis, when we started to look at ESG issues and how they were impacting the organisation, it was easier to understand how those circumstances then translated into financial statement reporting. We need to make it practical for organisations to make money while doing the right thing – too often those two things become decoupled. We need to be able to find solutions.”

Hasdell led KPMG’s UK circular economy proposition – that is developing models around reusing, recycling and maintaining materials within the value chain to meet net zero targets. “We were able to show how to add value throughout the whole process, not just offering blue-sky thinking,” he says. “I saw the circular economy work as a vehicle to drive ocean conservation and bring to fruition my ambitions around environmental stewardship.”

Then came an opportunity to move within the KPMG network to the Canadian firm – a growing market for this kind of strategy work. “Here, in Canada, we're starting to integrate ESG elements into our clients’ day to day functions: the way they appraise capital projects, the way they make investment decisions, the way they decide on new proposition strategies,” he says.

Canada plays host to many companies – and the Canadian government has a commitment to a climate strategy. “There's a lot of expertise in this part of the world,” he adds.

But being mindful of business impacts on the land, sea and communities is not just the domain of listed companies and governments, small and mid-cap businesses are as much the key to a green and blue tomorrow as adaptation amongst the corporate giants.

“We have to start small. We have to be entrepreneurial. The first thing that a company of any size needs to do is to work out the material ESG topics that are going to affect their organisation or their client’s organisation,” he says. “That relies on their skillset as an accountant – to define what is material, and what might impact the enterprise value over the next one to three years.”

He talks of the “ripples of responsibility” which create change caused by one organisation influencing another, along a supply chain into the smallest organisations and into the next value chain. And it is about just making a start. It may be difficult to undertake climate scenario planning without a certain level of expertise, but you might be able to consider certain elements of a NetZero or a circular economy in your planning, which could then translate to refining procurement or investment strategies.

He concedes that some organizations find approaching this challenging. There may be work going on internally that is taking their model in the right direction, but it is sometimes hard to articulate that message externally.

In the end, all businesses will have to do the right thing while also meeting business objectives. That right thing will happen by embedding ESG principles in everything they do. He says: “This requires organisations to be ambitious. They have to be the leaders within their own business first and then help shape the future of their sectors.”

Read insightful KPMG articles based on the benefits of hitting ESG targets:

You can’t go green without blue 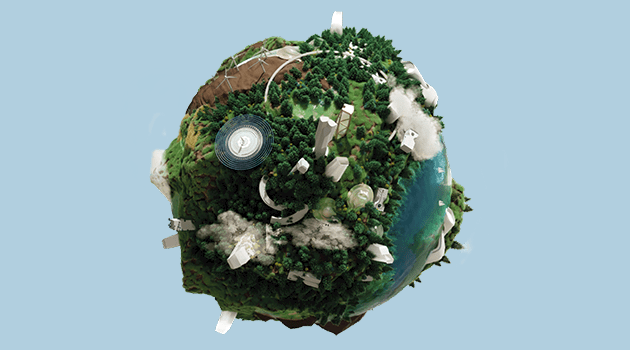 Celebrating our members and ACA students who are acting on the climate crisis by taking their organisations into the UN Race to Zero.