What sport can teach business about using strategy playbooks

Many coaches and players develop ‘playbooks’ for their teams to pivot and adapt to changing conditions to keep moving towards an ultimate aim, such as winning a race or scoring a goal. Similarly, business executives can develop strategy playbooks to help their firms be prepared to pivot and adapt to changing conditions as they pursue their strategic objectives. Dr Trudi Lang and Professor Richard Whittington of Saïd Business School at the University of Oxford, explain more.

Sport, it turns out, has many lessons for organisations about pivoting. Surfers navigate the conditions of the unfolding waves to get the best ride by pivoting their boards; netballers pivot to quickly change direction to keep the ball in play and keep their opponents off-balance; and in football, the pivot is the initiator of attacks, who passes the ball in different directions to capitalise on emerging opportunities. Pivoting is essential for being competitive. This is especially so for organisations in a world of constant surprises, from technological disruption, climate change, wars and supply chain blockages.

But these pivots in the heat of the action are rarely random moves. They are worked out and practiced ahead of time by coaches and players so that they can be best positioned to succeed no matter how the game unfolds. In American football, these moves are known as ‘plays’ and compiled into a ‘playbook’, providing teams with a rich repertoire of actions they can draw on to quickly pivot and adapt to the game.

A strategy playbook fulfils the same purpose for organisations. Many aspects of the future can’t be known in detail and so executives (including board directors) must be prepared to pivot to achieve their strategic objectives. But rather than wait until conditions are such that the need to pivot is evident but the strategic move – the play – is unclear, a playbook provides organisations with the time to prepare thoughtfully and execute quickly.

Strategy playbooks are built off the back of a set of scenarios, which are plausible accounts of how the uncertainty of a firm’s future context might play out (see the scenario planning guide in this content series). Two to four scenarios are developed for executives to explore the different ways technologies, government policies, economic conditions, geopolitical issues, social values, climate change, and so on could affect their business environment.

Thought of as conceptual models, the scenarios enable executives to develop and trial different strategic moves ahead of time for their organisation. The scenarios thus lead to not only the identification of new opportunities and options for pivoting in the present, but importantly a set of plays to pivot towards as needed in the future.

From scenarios to a set of plays

Each scenario leads to the creation of a set of plays to position the organisation to do well in that future, with the plays from all the scenarios making up the overall playbook. For example, executives addressing a scenario that envisaged an environment of greater regulation, increasing constraints on international trade and investment, and repeated supply shocks should work through the matching plays for each of their key business areas or functions. For example, what would be the best plays for finance (eg, providing for greater working capital), for marketing (eg, working with regulatory restrictions on promotion) and for product sourcing (eg, reshoring operations)? Another scenario would generate a different set of plays, involving potentially different business areas or functions: for example, a scenario anticipating disruptive innovation might put the focus more on plays for technology and skills.

The great French chemist Louis Pasteur once said: ‘Chance favours only the prepared mind’. Scenarios are unlikely to happen precisely as envisaged and the various plays will need to be adapted to actual conditions. However, working through scenarios and the matching plays prepares the organisation for pivots. Like the surfer who never faces the same waves, strategy playbooks can help your organisation catch the best ride.

Trudi Lang is a senior fellow in management practice at the University of Oxford’s Saïd Business School, and a core faculty member of the Oxford Scenarios Programme. She also co-directs the online Oxford Executive Strategy Programme and was previously director of strategic foresight at the World Economic Forum.

Richard Whittington is a professor of strategic management at Oxford’s Saïd Business School and co-directs the online Oxford Executive Strategy Programme. He is also the author of Exploring Strategy, ranked in 2021 by the Financial Times as the world’s most-influential strategy textbook. 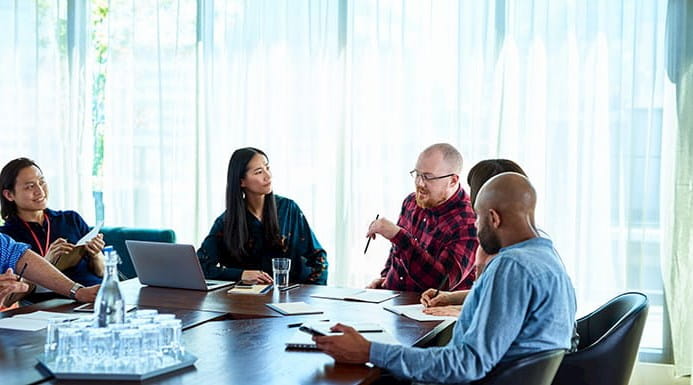 Now more than ever boards need to prepare for strategic risks and look beyond short-term forecasts by using long-term scenario planning and risk modelling. Peter van Veen, ICAEW’s Director of Corporate Governance and Stewardship, explores how boards can prepare for unforeseen eventualities such as the war in Ukraine. 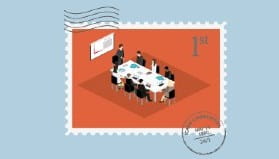 Resources, news and features on the impact of the Ukraine crisis on accountancy, business and the wider economy. Learn about the actions that ICAEW members are taking to ensure that their clients comply with sanctions imposed by different countries and jurisdictions, and discover the support available from ICAEW.